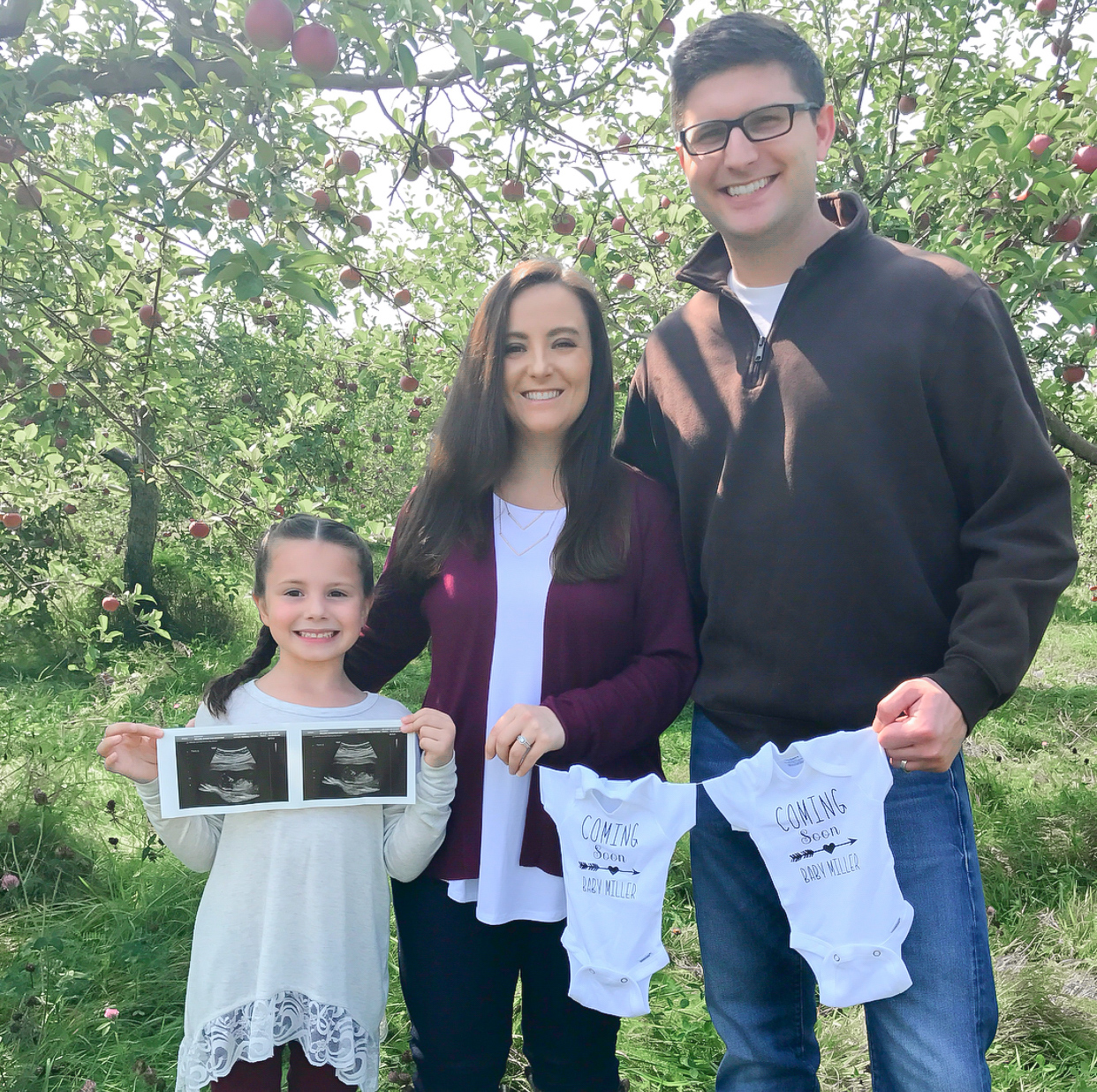 I got my positive pregnancy test in July 2017 and my husband and I went in for our first ultrasound at the beginning of August (I was around 6 weeks pregnant which was very early). Little did we know that we were in for the (BEST) surprise of our life!

We had just been through a TON of ultrasounds and appointments the previous few months because I had suffered a very drawn out miscarriage. We were definitely used to the waiting rooms, blood draws, and ultrasound procedures. This pregnancy, I had been to the lab twice already to check my initial hCG (Human Chorionic Gonadotropin, AKA the pregnancy hormone).  My hCG was rising appropriately (it is supposed to double every 48-72 hours) which was so exciting and a first for me! In fact, my hCG was actually rising slightly higher than “normal”, meaning it was more than doubling. My friend Jordyn, who had been supporting me throughout my entire pregnancy/miscarriage journey joked around and said “maybe it’s twins”. We laughed it off…

BUT THEN at that 6 week appointment, while my husband and I were waiting and looking at that little screen, our tech asked us “are you ready for this?” and I just KNEW what she was going to say. I swear I just KNEW.

TWO BABIES. TWINS. YOU HAVE TWO BABIES IN THERE. 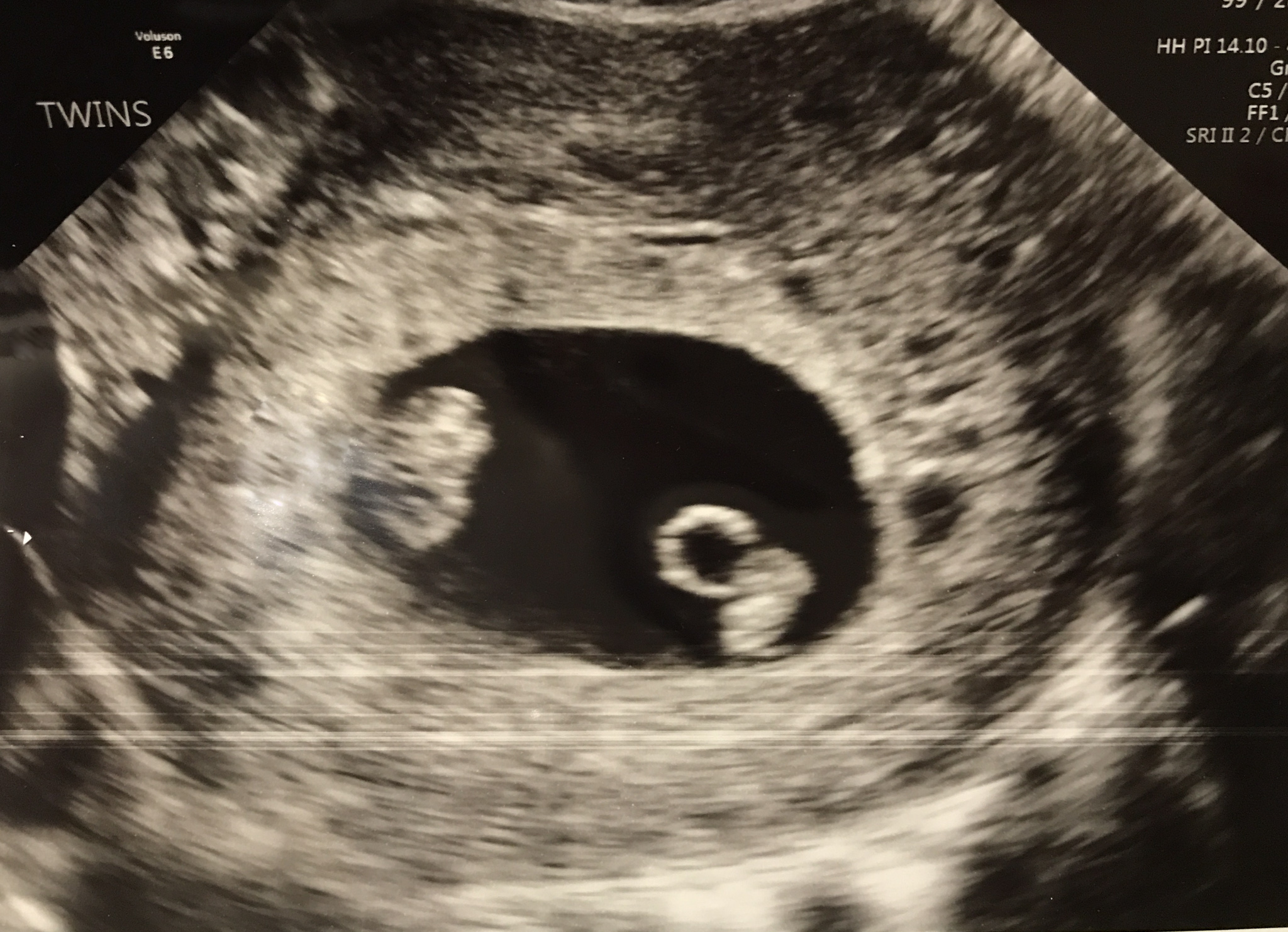 My husband and I just looked at each other and laughed. It was such a surprise, a blessing after the heartbreak we had gone through (I’m tearing up just thinking about it).

In that moment I knew it was meant to be, the universe, God, was somehow making up for the loss we went through. TWO BABIES. We left that appointment with a beautiful ultrasound photo of our two little beans and I realized…I was SO scared. How are we going to take care of two babies? Can we afford two babies? What about daycare, work? My brain was immediately going through the next few years of life, wondering how it would all work, question after question. No one had ever told me how much WORRY comes with motherhood. I’ll tell you now that the worry never ends.

Stay tuned for a more in depth blog about my entire twin pregnancy! 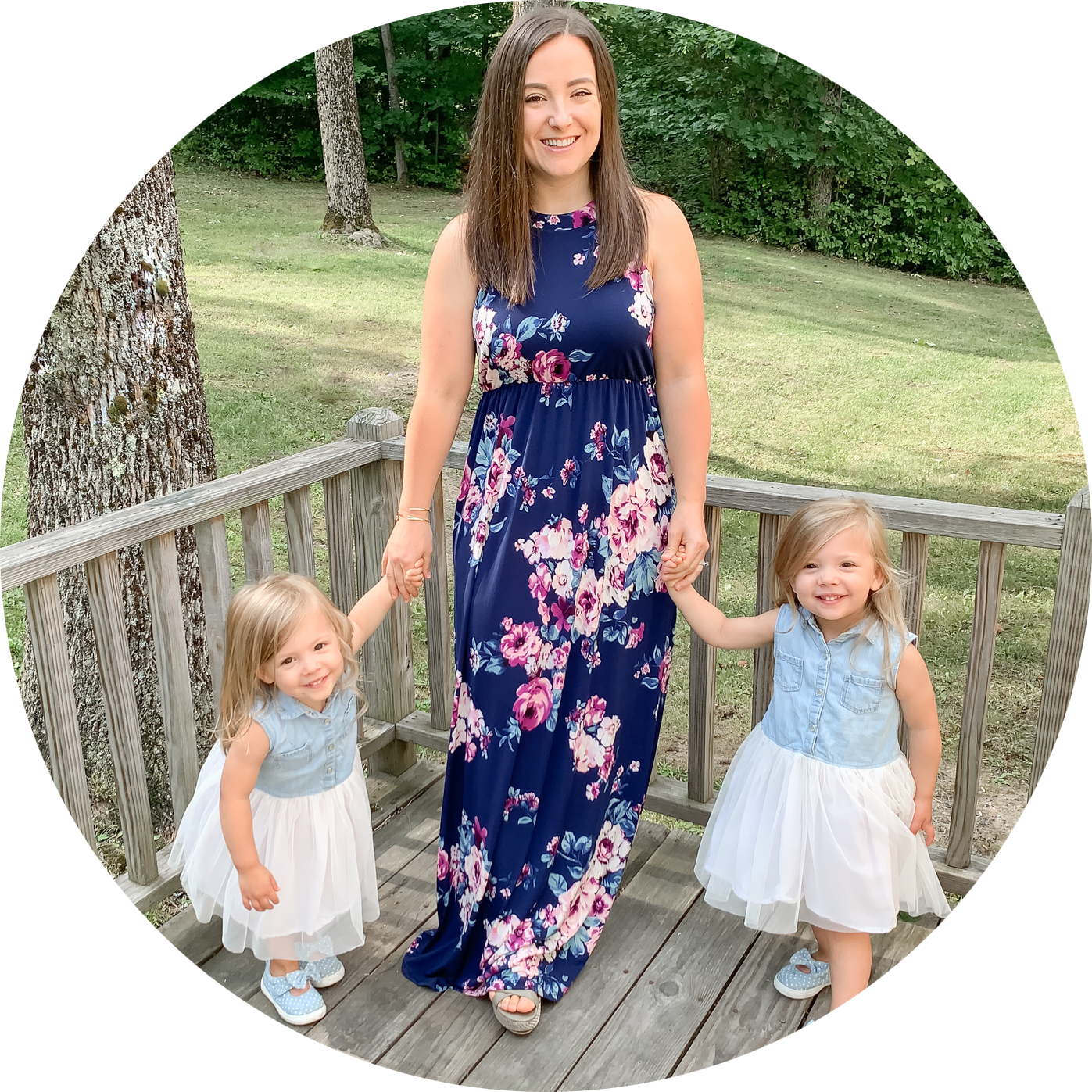 Welcome to my blog! I'm Christina and I'm here to share my motherhood journey with you. I have identical twin toddler girls and a tween step-daughter. You can expect to read a lot about twins here with some healthy living and DIY thrown in occasionally!

I have literally found the best non toxic makeup!

What do you think of this living room transformati

Henry and I have been having a few hours of qualit

The girls room has gone through many transformatio

Adding a little sunshine, flowers and rainbows to

#ad With the girls starting school this year morni

I have literally found the best non toxic makeup!

What do you think of this living room transformati

Henry and I have been having a few hours of qualit

The girls room has gone through many transformatio

Adding a little sunshine, flowers and rainbows to

#ad With the girls starting school this year morni